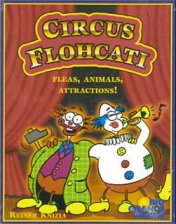 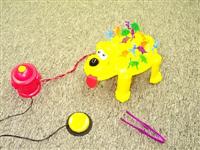 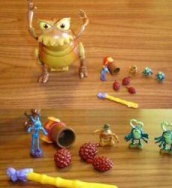 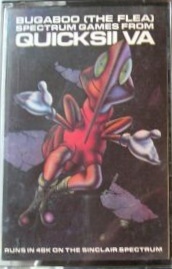 The game we all know by the title "Tiddly Winks" is known in other countries as "the game of the flea" or "jumping flea". Players take turns to flip plastic disks into a pot.

In a similar manner to films and books, computer games also like to use the Flea Circus as a mysterious or sinister plot device.

Flea soft toys and other critters and diseases can be bought online from Giant Microbes, they only provide a cat flea at the moment but if you email their suggestion address they might think about expanding their range. You might even want some black death to go with your flea.

Flea Circuses also exist in the form of online games, here are a few of them. 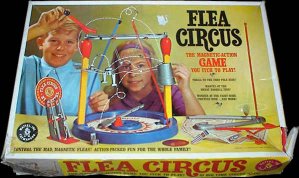 Back in the 1960s Mattel brought out a Flea Circus game. For details of this game and others see Sams Toybox and ToyAdz. Several of these games have appeared for sale on Ebay.